Morten Schjelderup Wensberg is dean and professor of conducting at the Faculty of performing arts, University of Stavanger (UiS).
He is also the leader of the National council for performing and creative music education/Universities Norway. And, he is leader of the national Conductor’s Programme (Dirigentløftet).

Morten Wensberg is the creator of several e-learning innovations, among them the UiS online conducting programs Digitale dirigentstudier and Digitale skolekorpsstudier. Wensberg is project leader of ConductIT; an Erasmus+ Strategic Partnership 2018-2021 where the University of Stavanger, Royal Northern College of Music, University of Aveiro and Open University are joining forces to create advanced web-based conducting studies.
Wensberg led the so-called Telestrator project, where the University of Stavanger utilized advanced video analysis, originally developed for top-level athletes, in their conducting tutoring. This project was supported by the Centre of Excellence in Music Performance Education (CEMPE) at the Norwegian Academy of Music.

Wensberg is the architect behind the national Conductor’s Programme (Dirigentløftet), which is run by Talent Norway (Talent Norge) and supported by the DNB Savings Bank Foundation (Sparebankstiftelsen DNB).
He is also the founder of Norway’s largest conducting course, Conductor’s Week in Stavanger (Dirigentuka), where over 100 conductors participate annually.

Morten Wensberg studied music performance at the Norwegian Academy of Music in Oslo (cand. mag., 1997) and Duquesne University (Master of Music, 1999) in Pittsburgh, USA. In 2006 he finished a master’s degree in orchestral conducting at the Norwegian Academy of Music, where he studied with professor Ole Kristian Ruud, and took master classes with Pierre Boulez, George Hurst, Jorma Panula and Leif Segerstam.

Since then he has been guest conductor with a number of orchestras and ensembles in Norway, Sweden and Finland, among them the Oslo Philharmonic Orchestra, the Norwegian Radio Orchestra and the Stavanger Symphony Orchestra.
In November 2006 Morten S Wensberg was a prizewinner in the 3rd International Jorma Panula Conducing Competition where he was awarded the special prize for his contemporary music interpretation.
His recordings with the Norwegian Brass Expo are critically acclaimed. 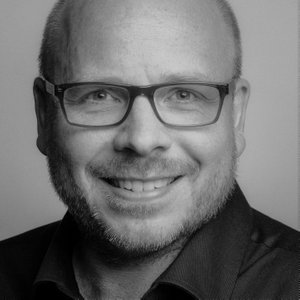 Web sites of the University of Stavanger: